My weekend was not was I expected to be. I had a 4k time-trial scheduled for last Saturday but I woke up that day not felling well.

The first symptoms appeared right after I woke up. Nose a little bit congested and getting worse hour after hour. On that night I was sure I got a cold.

On Sunday I woke up even worse. I was felling weak and a runny nose followed me all day.

I´m taking some medication and drinking lots of water. Will not run today (Monday) and probably not tomorrow.

Will have to rearrange my runs for this week. Let´s see what TheEd has to say. 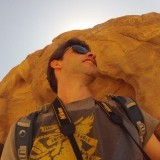 I´m 32 years old, live in Sao Paulo-BRA and started running regularly on Sep´08, but only on Feb´09 started following a training program. I haven´t stopped since…